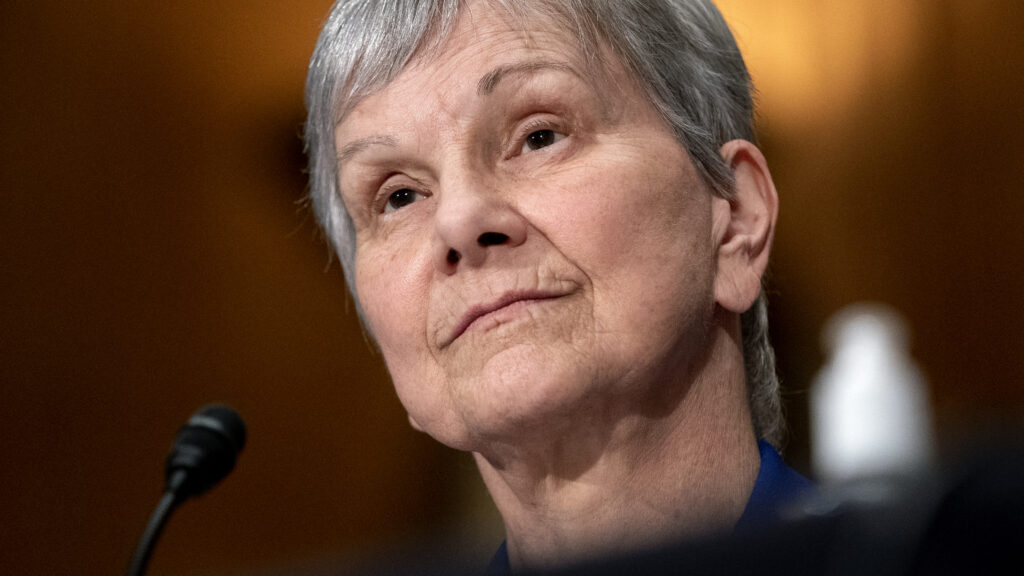 Rumors have swirled in Washington that Woodcock, a 35-year veteran of the FDA, would retire from the federal government.

WASHINGTON — Robert Califf, President Biden’s pick to lead the Food and Drug Administration, has asked Janet Woodcock, who has served as the FDA’s acting commissioner for the last 11 months, to stay on in a leadership role at the agency should he be confirmed by the Senate, two sources with knowledge of the discussion confirmed to STAT.

It’s still not clear exactly what Woodcock’s role would be or how she would split responsibilities with Califf, should she accept his offer. The most obvious role would be principal deputy commissioner, a position that amounts to second-in-charge at the agency and has been vacant since Amy Abernethy left it in April.

Rumors have swirled in Washington that Woodcock, a 35-year veteran of the FDA, would retire from the federal government after not being chosen to lead the agency. She gave up her longtime role as head of the FDA’s largest center, the Center for Drug Evaluation and Research, in April when she appointed her former deputy, Patrizia Cavazzoni, to that role.

IMHO, he needs her because the FDA has done so many unlawful things since the pandemic onset, and he will inherit plenty of coverup and cleaning up to do.  For example, he will have to fight the Aaron Siri lawsuit (and possible Congressional bill) to try and delay the release of Pfizer’s vaccine package that the law says should already be available, over 55 years.  He desperately needs Janet Woodcock; who else is as sly, and knows how to work the rules as well?

15 days to flatten the curve for the Omicron Variant?

EXCLUSIVE… Lawrence Sellin: Evidence Indicates COVID-19 is a Designed Bioweapon with a Toxic Structure that MAY BE REPLICATED IN VACCINES.

BOMBSHELL: Could OMICRON Be The CURE For Covid? Highly Infectious Strain With "Mild" Symptoms Could Deliver Worldwide Natural Immunity And Make Vaccines Obsolete.

Yesterday I interviewed Steve Kirsch, a highly intelligent, data-driven analyst who has been making huge wave on Substack with his articles on covid vaccines (and their long-term effects on humanity). That full interview will be posted today on my channel at Brighteon.com.

In that interview, Kirsch dropped a bombshell. He explained that omicron so far appears to be very mild but highly infectious, following a rather typical path of viral host adaptation. As a result, he explained that if a person had to choose which variant to be infected with, they would vastly prefer omicron, since it has so far killed no one (to our knowledge at this point) and yet provokes the body into producing a powerful immune response that confers immunity against all covid variants (including Delta).

Kirsch was right on the money: Omicron is spreading quickly but producing no serious symptoms in those who are said to be "infected" with it. It appears that omicron, despite being widely hyped by the scientifically illiterate corporate media, may have finally reached "seasonal flu" status in terms of its relatively mild impact on human health.

And that means omicron might be the cure for covid. It could end this entire pandemic without the need for vaccines, masks, social distancing or lockdowns. By simply allowing omicron to sweep through the human population — producing almost zero deaths — the entire world could become immune to covid and we could end all the global madness, including Australia's totalitarian "covid concentration camps" that are making global headlines.

Pfizer would miss out on billions in new variant vaccine revenues, of course, which is why Fauci and the entire criminal cabal of Big Pharma corona con artists will fight against natural immunity in every way possible.

If omicron is the cure, that would explain why governments are cutting off world travel to prevent it from spreading
Does this realization explain why governments of the world are suddenly banning flights from South Africa and cutting off travel? Maybe they don't want omicron to spread and replace the "delta" variant because delta produces far higher fatalities that feed into the media's pro-vaccine fear narrative. If omicron takes over the world, the pandemic is essentially over and they can't drive people into the depopulation vaccines. Compliance is based on fear, and without the deaths, the fear can't be maintained.

This brings us to the realization that the vaccine IS the pandemic. When people are vaccinated and injected with spike protein bioweapons — or the mRNA instructions for their bodies to manufacture those spike protein nanoparticles — they often suffer adverse reactions or even death. These deaths are blamed on "covid" when the real culprit is often the vaccines themselves. Without the vaccines, this pandemic would flame out all by itself.