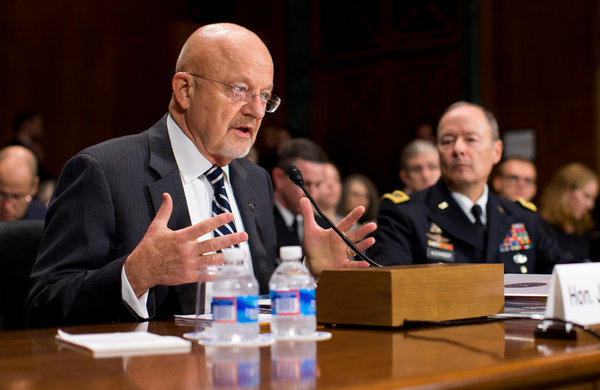 In his testimony, Mr. Clapper revealed few details about the project. He said that the N.S.A. does not currently collect locational information under Section 215 of the Patriot Act, the provision the government says is the legal basis for the N.S.A.’s once-secret program under which it collects logs of all domestic calls from telephone companies.“In 2010 and 2011, N.S.A. received samples in order to test the ability of its systems to handle the data format, but that data was not used for any other purpose and was never available for intelligence analysis purposes,” Mr. Clapper said…

Of course, having proved that they could use our phones to track us, they stopped doing so.  I’ll believe anything that Director of National Intelligence James Clapper says, because if he tells a bald-faced lie about surveillance of US persons he will only be telling me (like he told Congress) the “least untruthful” thing he could say.

But Senator Ron Wyden, an Oregon Democrat who receives classified briefings as a member of the Intelligence Committee and who has raised concerns about cellphone location tracking, said in a statement that there was more to know about the matter than the government had now declassified.

“After years of stonewalling on whether the government has ever tracked or planned to track the location of law-abiding Americans through their cellphones, once again, the intelligence leadership has decided to leave most of the real story secret — even when the truth would not compromise national security,” Mr. Wyden said.

Wonder if they have hooked up control of drones to the cellphone tracking of US persons? Probably only overseas, right?  So far. 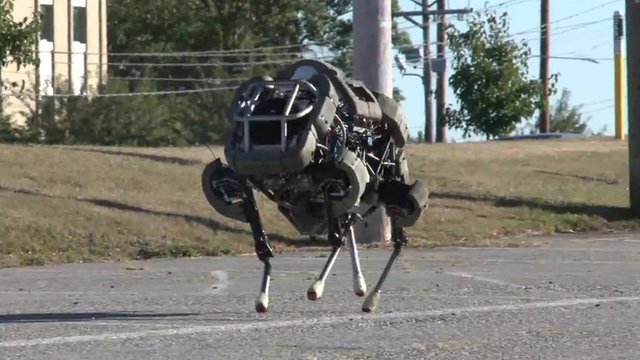 Boston Dynamics puts its WildCat robot through its paces
Then again, maybe they don’t need drones as killer robotic “Wildcats” are being developed for DARPA.  Per BBC:

… WildCat can bound, gallop and turn, mimicking the movements of quadruped animals. It is powered by an internal combustion engine.

“It is a shame that such technology is not being developed with other research funding,” said Prof Sharkey, who is also chair of the International Committee for Robot Arms Control.

“We do not know what military purpose it will serve but certainly it is a step towards a high-speed ground robot that could be weaponised to hunt and kill.“