Most detailed look yet at the flawed decision-making and terrible information sharing between TEPCO, government bureaucrats, political leaders and outsiders during Japan’s nuclear crisis by the NY Times: 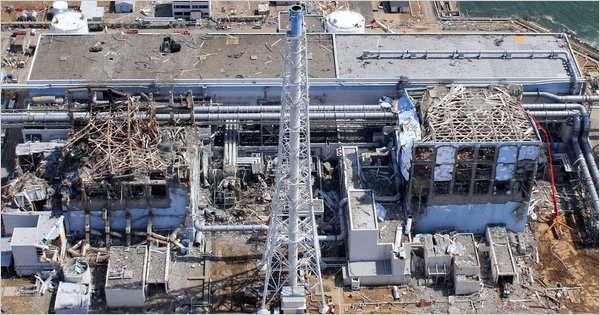 Reuters
The Fukushima Daiichi nuclear plant, damaged by a tsunami on March 11, became the site of the worst nuclear disaster since Chernobyl, as workers successfully warded off a complete meltdown, but could not prevent the release of considerable amounts of radioactive material.
In nuclear crisis, crippling mistrust

MASAO YOSHIDA The manager of the power plant, he ignored orders to stop pumping seawater into a reactor to cool it, an act of defiance that may have prevented many deaths.

At this crucial moment, it became clear that a prime minister who had built his career on suspicion of the collusive ties between Japan’s industry and bureaucracy was acting nearly in the dark. He had received a confusing risk analysis from the chief nuclear regulator, a fervently pro-nuclear academic whom aides said Mr. Kan did not trust. He was also wary of the company that operated the plant, given its history of trying to cover up troubles.
Mr. Kan did not know that the plant manager had already begun using seawater. Based on a guess of the mood at the prime minister’s office, the company ordered the plant manager to stop.
But the manager did something unthinkable in corporate Japan: he disobeyed the order and secretly continued using seawater, a decision that experts say almost certainly prevented a more serious meltdown and has made him an unlikely hero.
The convoluted drama has exposed the underlying rifts behind Japan’s handling of the worst nuclear disaster since Chernobyl, which eventually resulted in explosions at four of the plant’s six reactors. Mutually suspicious relations between the prime minister’s aides, government bureaucrats and company officials obstructed smooth decision-making…

Except they didn't. Meltdown (not sure what you mean by 'complete' meltdown) is confirmed in three of the reactors.