Authored by Zachary Stieber via The Epoch Times,

The Centers for Disease Control and Prevention (CDC) has pushed back an emergency meeting on post-vaccination heart inflammation seen in Americans, primarily young people, because of a new federal holiday. 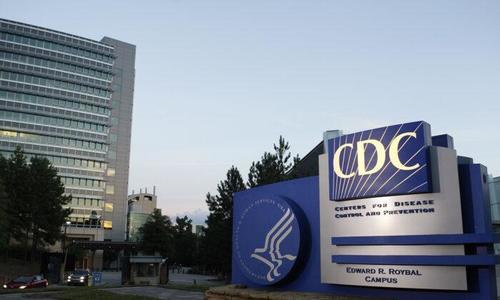 President Joe Biden signed a bill on Thursday making June 19 a new holiday, Juneteenth. Shortly afterwards, the CDC said its June 18 meeting “is being rescheduled due to the observation of the Juneteenth National Independence Day holiday.”

A federal office said Thursday that because June 19 falls on a Saturday this year, the observation will take place on Friday.

The meeting, which was deemed an emergency when announced last week, will now be folded into a June 23 to June 25 virtual meeting, the CDC said.

The agency did not immediately respond to a request for comment.

CDC officials planned to present to the agency’s vaccine advisory panel updated information on myocarditis and pericarditis in people who have received a COVID-19 vaccine.

A CDC official told members of the Food and Drug Administration’s vaccine advisory committee on June 10 that more than 800 reports of post-vaccination heart inflammation have been submitted to the Vaccine Adverse Event Reporting System, a passive reporting system run jointly by the administration and the CDC.

That included 475 among those 30 or younger, of which 226 have been verified as meeting the CDC’s working case definition.

The CDC’s move drew criticism from some.

“Giant mistake in my view. The CDC director should have the ability to keep the meeting on the calendar,” Dr. Walid Gellad, professor of medicine at the University of Pittsburg’s School of Medicine, said on Twitter.

“There are perception issues here that are important to consider. Many people are worried about this potential” adverse event.

Earlier Thursday, Dr. Rochelle Walensky, the CDC’s director, told reporters in a virtual briefing that the CDC’s vaccine advisory panel would be meeting the following day to review data on post-vaccination myocarditis and pericarditis reports.

“These cases are rare, and the vast majority have fully resolved with rest and supportive care. CDC will present details about more than 300 confirmed cases of myocarditis and pericarditis reported to CDC and FDA among the over 20 million adolescents and young adults vaccinated in the United States,” she said.

The panel “will hear a risk-benefit analysis regarding COVID-19 vaccination versus the potential rare side effects across all age groups,” she added later.

Some health experts had believed the advisory panel might recommend young people avoid getting a COVID-19 vaccine built on messenger RNA technology. Both the Pfizer and Moderna jabs use mRNA.

“Looking at the data I think that one may recommend only one dose of an mRNA vaccine for young people, forgo mRNA vaccines or use an Ad vectored vaccine,” Dr. Carlos del Rio, professor of medicine in the Division of Infectious Diseases at Emory University School of Medicine, said in a recent tweet.

And here is the first of 600 cmments on this article:

From the gateway pundit –

A recording (unconfirmed) of a male discussing the deaths is circulating social media.

“They’ve had the third BA pilot die in the last seven days, yeah? Third pilot dead in the last week,” says the man heard in the recording. “The first two guys were in their forties and fifties; this guy, mid-thirties, perfectly fit, no underlying conditions. He gets his second jab and he’s dead within days, exactly the same with the first two.

“Because of this, BA are now in crisis talks with the government about whether to allow vaccinated pilots to fly. The issue with that of course is that about 80%, according to my friend in BA, 80-85% have been injected.”

Canadian Doctor request's a Pause On Vaccines and Other Concerns!
How long it will be on Youtube?
MP Derek Sloan raises concerns about censorship of doctors and scientists – June 17, 2021
https://www.youtube.com/watch?v=vUrp5PlnBwQ

Finally some rational discussion of risk to benefit ratio in the mainstream media : https://www.latimes.com/science/story/2021-06-18/some-vaccine-experts-are-having-second-thoughts-about-immunizing-kids

In case the above story gets altered or disappeared: https://web.archive.org/save/https://www.latimes.com/science/story/2021-06-18/some-vaccine-experts-are-having-second-thoughts-about-immunizing-kids

More dead than 9/11 and Pearl Harbor, for no reason…

All jabbers will have some degree of heart swelling, killing heart cells, NOT reversible…NO ONE should get this poison!

“In my experience, few doctors actually know VAERS exists and if they do only thought it was for a “rare” anaphylactic reaction. Most people do not know about it either. VAERS is getting a lot more attention during COVID due to the lack of any other public and functioning government tracking system. You can read more about VAERS here: vaers.hhs.gov/about.html”

Not even WHO wants to vaccinate children at this point. Carefully worded to avoid any mention of "risk".

"Children should not be vaccinated for the moment. There is not yet enough evidence on the use of vaccines against COVID-19 in children to make recommendations for children to be vaccinated against COVID-19. Children and adolescents tend to have milder disease compared to adults. However, children should continue to have the recommended childhood vaccines."