Here is a list of the eleven (count them!) different surveillance systems CDC said they would be using to get a quick and thorough idea of the adverse events from Covid vaccines.

In case you are wondering who is presenting this information, it is Nancy Messonier, MD, who is the Director of the National Center for Immunization and Respiratory Diseases at the CDC.  Want to know more about her?  She was in charge of the failed PCR testing that CDC performed during January and February 2020, and lied to the public about the accuracy of the tests and about how many were being performed.

She is also Rod Rosenstein’s sister.  Trump fired Acting Attorney General Rosenstein, after Rosenstein finagled Trump into firing Comey, then suggested to Cabinet members they wear a wire to collect evidence against President Trump for a 25th Amendment (President is unable to perform the functions of his office) coup.  While I am not a Trump cheerleader, I am even less fond of secret coups.

So, having failed at “standing up” an accurate PCR test for Covid and allowing the virus to circulate undetected in the US for 2 months, Messonier was then in charge of gathering information on the safety of Covid vaccines, where she was positioned for another spectacular fail.

Here are her current fails:  CDC claims they have no surveillance method to collect and analyze all post-vaccine deaths. Unless the deaths are voluntarily reported to VAERS by a relative or healthcare professional, which is a haphazard, voluntary reporting mechanism, CDC knows nothing about them.

Well, 1500 deaths following Covid vaccines have been reported to VAERS.  What is CDC doing about them?  It says it is requesting medical records, but has assured us that none of the deaths have been absolutely shown to have been caused by the vaccines.

Even the White House requested an explanation after all the reported nursing home deaths.  I have not heard what the explanation is yet.  But since we have moved on to a new phase of vaccinating younger Americans, who appear to die less after vaccination, we probably will never learn to what the postvaccination deaths are being attributed.

That isn’t the only CDC fail, despite CDC’s supposed 11 different Covid vaccine surveillance systems. Those systems are generally based on access to medical records or insurance claims.  But since the Covid vaccines are free and administered at large clinics, most vaccinations are not being entered into the medical record, nor are bills being generated for them. Apparently CDC forgot about this when they “stood up” these 11 surveillance systems (‘stood up’ was Dr. Messonier’s term when describing her system, and I just find it amusing).  So they cannot monitor the Covid experimental vaccine as they had promised.

And so despite between 50 and 100 million doses already administered in the US, we still know next to nothing about the rates of adverse events, rates of serious reactions and rates of vaccine-associated deaths.

And we continue to vaccinate, in a happily data-free environment. 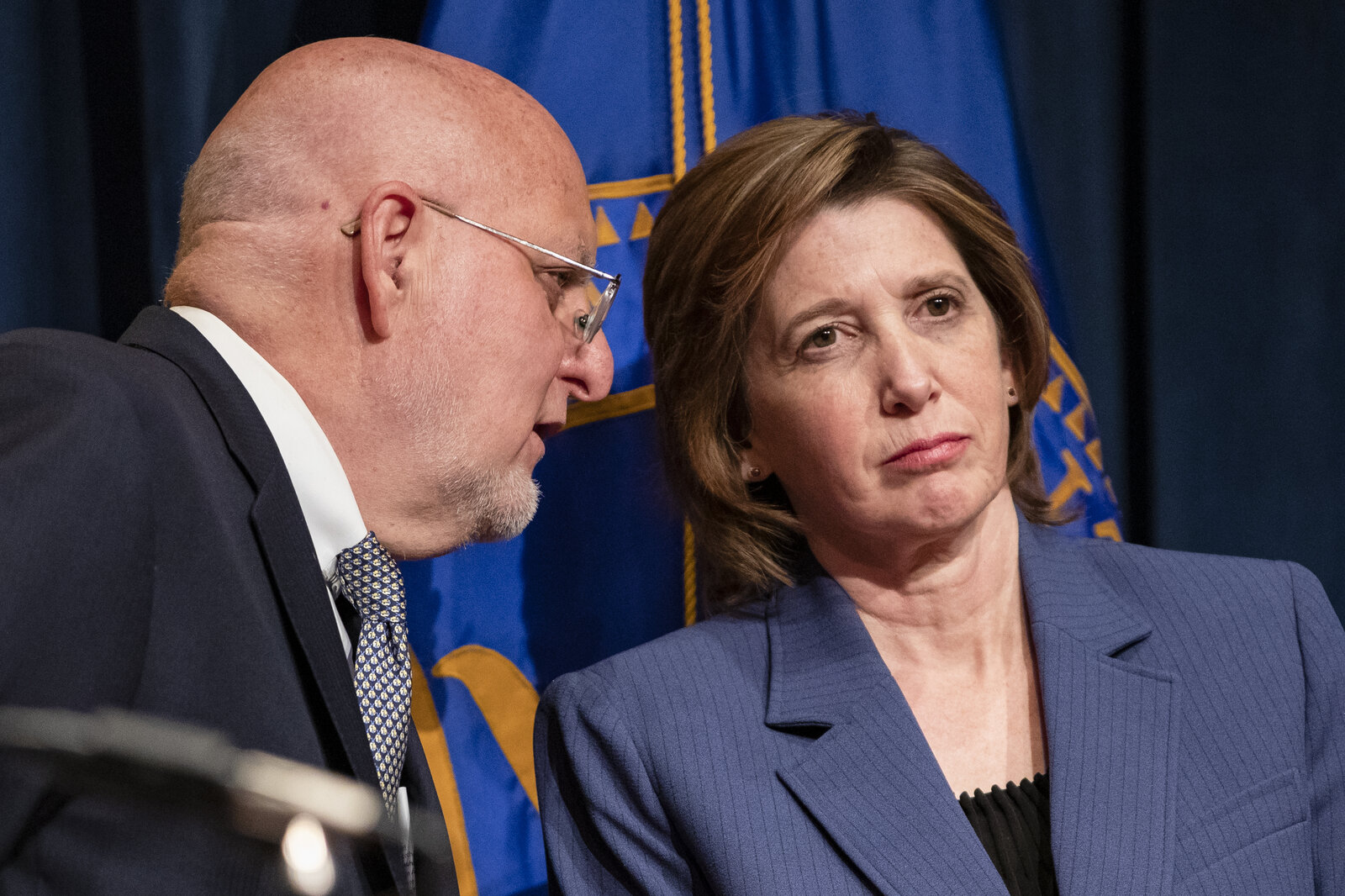 “Contamination is one possible explanation, but there are others, and I can’t really comment on what is an ongoing investigation,” Nancy Messonnier, director of the CDC’s National Center for Immunization and Respiratory Diseases, told reporters in March.

She isn’t a lawyer, and this was not a legal investigation.  She could have commented.  But that might have meant admitting responsibility.  Is she paid to fail?  Sure looks that way.

It seems her boss, Fauci's buddy, Robert Redfield needs to be terminated for this immediately. This is an incredibly serious risks to the population of the USA.

The premiss of a EUA is that the benefits outweigh the risks. If you do not properly track adverse events, including death, then you will never be able to "pull" the EUA when the documented risks actually exceed the benefits.

This issue rises to the level of the Cabinet, and more that Redfields head should roll…!

With regard to your penultimate sentence, have you seen this interview with Geert Vanden Bossche, PhD? Although he is NOT in any way an anti-vaxxer, and he seems to contradict himself in places, he has some chilling things to say about the current mass vax program.

Robert Redfield is no longer with the CDC, Biden got rid of him.

I did not find Vanden Bossche credible

He is probably pushing his NK based vaccine of which he has a patent.

Vanden Bossche's concerns are not new. Here is a pre-Covid article that is not against vaccines, but echoes similar concerns: https://www.quantamagazine.org/how-vaccines-can-drive-pathogens-to-evolve-20180510/#comments

Seems to me, public health is missing a grand opportunity to encourage people and societies to adopt healthier habits (diet, exercise, supplements, stress reduction, etc) in favour of getting a jab, or two, or three….

Why do you know find him credible? Is he part of a disinformation campaign? There are so many liars and fraudsters in all this. It's getting harder to figure out who's honest and who's controlled opposition or simply deceived. Your insight would be greatly appreciated.

1. He has not published scientific articles for 25 yeaers, therefore he cannot be a top scientist. Which indicated he has mislead us about his background, although he does have a PhD. What has he really been doing for 25 yeaers? Administration? Marketing?

2. He published a historical article on, of all things, propaganda in 2002.

3. He does not speak like a scientist; his theories are not solidly based on known facts. For instance, he claimed that it was very dangerous to vaccinate "during a pandemic". Well we vaccinate for flu, which mutates much more rapidly than SARS-2, in the middle of pandemics and have not seen highly dangerous escape mutants or destruction of peoples' immune systems.

I don't want to get further into this issue as it is a distraction.

Thank you for your valuable ongoing commentary on C19, Dr. Nass. This one is dynamite.

Could you please provide a citation for your statement that, ‘CDC claims they have no surveillance method to collect and analyze all post-vaccine deaths.’

You know how it is, sharing info like this with those who are firmly in the believers camp.

Well, we both know about collecting the data. I offered a friend whose husband has been in the hospital for 50 days with now diagnosed with osmotic demyelination syndrome. I offered to help her with the VAERS. I would liken it to GB syndrome???? Again, I am no doctor.