merylnass:The committee is welcomed by Amanda Cohn, MD, who is not only the ACIP Executive Secretary but also a member of the FDA’s vaccine advisory committee, VRBPAC–a considerable conflict of interest, which helps to asssure both federal agencies push the same policies smoothly, together. Drs. Walensky and Amanda Cohn thanked Anne Schuchat for her service. Schuchat was fired from her position as Deputy Director by Director Walensky. She is a very capable liar who I first encountered when she testified to the House Government Reform Commiitttee about the anthrax vaccine 22 years ago. 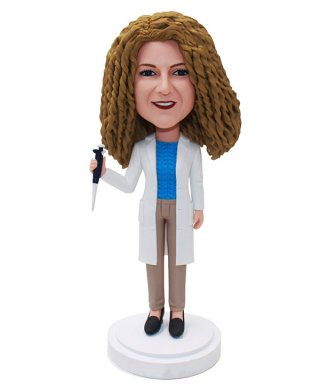 While there is no data to show that neutralizing antibody titers are sufficient to be used as correlates of protection, it looks like CDC is going to do its damnedest to use them anyway.
merylnass:And then Sara pulls out another *model* with fake estimates of strength and duration of protection. I wonder when the American public will start to tar and feather the modellers. Sara uses her models to tell us this MAY happen and that MAY happen. I hope you feel assured. She is really reaching here. And then suddenly, her mike is pulled. No more Sara Oliver MD, CDC’s latest Anne Schuchat wannabe.  Has someone at CDC realized that her performance is not convincing the audience?
merylnass:I can see the slides moving, but the chirping has stopped.
merylnass:Well, we got her back. Not sure that was a good thing. I see a slide about variants. Now she is talking about adults in nursing homes. The vaccine efficacy is surprisingly high in this population. Now we go to the immunocompromised, which is 2.7% of the population. Maybe they are more susceptible to infection from variants–you never know, right?
merylnass:Maybe they will have a decreased immune response. You never know. That would be a GREAT excuse to give them boosters. What a super way to start giving out 3d, 4th, 5th doses. After all, the federal government has contracts for (if memory serves) at least a billion more doses. They have to be used, right? Before their use-by date, right?
merylnass:Sara shows a study done in a total of 40 people. Are you impressed? And she has another one in over a thousand people, but it only looks at antibody titers, not T cells. And since CDC has been unable to show that antibody titers serve as a surrogate for protection, why are we even discusing them?
Sara has a few anecdotes regarding immediate antibody levels after giving booster doses to patients with challenging conditions. But she never admits that in similar situations with other vaccines, the antibody levels rise immediately, but then often drop rapidly. And blocking antibodies or ADE may be induced. Ms. Chirpy does admit there is concern about this population’s ability to respond to booster doses, but then again, monoclonal antibodies could solve that problem. (Don’t the monoclonals currently cost $30,000 a pop?)
merylnass:Studies are upcoming. We at CDC will continue to monitor for variants of concern and breakthrough illness cases (but only with a low cycle threshold to reduce their counts).
merylnass:CDC is doing studies to look at antibodies at 6 months…suggesting its plan is to administer boosters every six months. By early fall CDC will have lots of data to justify boosters. ACIP will be meeting to vote on boosters then. The CDC working group said it would consider boosters if there is evidence of vaccine protection waning or if variants occur which escape vaccine protection. Sara’s voice gets a little sad here. How can it be that the working group wants evidence that boosters are needed before recommending them? Can’t ACIP recommend boosters already, based on the risk of disease? (I.e., based on the supposition they might be needed?)
merylnass:Sara finally seems a little forlorn, but ends her presentation with a trill of thanks to the amazing CDC team.
merylnass:Thanks to the CHD commenters, who point out that if the vaccine does not prevent transmission, why does the US need to vaccinate the world?
merylnass:Ms Chirpey 2 jumps in: Amanda Cohn, MD, another gal who lied to Tom Massie that CDC would not recommend vaccinations for those who are already immune . “The more data we wait for, the more preventable cases may occur,” she asserts solemnly.  In other words, ACIP members, give us at CDC the wink to let us know we can convene you again soon to approve the boosters.  In other words, can’t be just fuggedabout the data?
merylnass:One of the most remarkable things about ACIP meetings is the level of erudition of the participants. The level is very low. No one displays any evidence of immunology knowledge. Very little literature is cited, apart from that cooked up in CDC’s magic science kitchen. Remember, CDC has a stable of magic science experts who, for example, showed masks work by choosing a mathematical method (cumulative cases for the denominator) and period of time (mostly spring into summer) that guaranteed disease rates would fall after masks mandates were instituted.
merylnass:The end of this meeting is perhaps the most disappointing. The participants are so mealy-mouthed that you can hardly understand what they are saying. They appear to be trying to find a way to justify boosters without data, by rambling around spouting illogical suppositions. I fear they have given CDC the thumbs up: yes, they are prepared to approve boosters in the absence of data and the absence of need. Grace Lee, however, says we need to see breakthrough cases before starting boosters.
But CDC had just changed its standards to reduce the notifications of breakthrough cases.
merylnass:Uh oh! CDC may need to dial up those cycle thresholds on breakthrough cases to jack up their numbers.
merylnass:Amanda comes back. She is SO relieved. Her ACIP members are even more supine than she expected. Now she is asking them to commit to when she can start the boosters!
merylnass:Jose Romero, the chair, says they have given CDC “the information they were looking for.” Yup. ACIP kissed the ring again.  This is truly a travesty.
merylnass:I’ve got a new name for ACIP: Boosters ‘R Us
Subscribe
Login
1 Comment
Oldest
Newest Most Voted
Inline Feedbacks
View all comments