To all appearances, the CNN story below concerns a duel between Pharma Giant Pfizer, which wants to sell new vaccine for variants, and 3 federal agencies, who say we don’t think they are needed yet and we will determine with the SCIENCE when they will be needed.  Sounds good.  For once the feds are speaking up. Science over profit.

But is that really what is going on?

A mere two weeks earlier, at the CDC’s vaccine advisory committee meeting, the advisors were asked to give CDC the go-ahead to begin giving boosters in September, without the evidence to support such boosters.  Remember, every word out of a CDC briefer’s mouth has been checked and rechecked before the meeting.  Here is my live blog of that meeting, and here is what CDC doctor Sara Oliver said about this issue on June 23:

CDC is doing studies to look at antibodies at 6 months…suggesting its plan is to administer boosters every six months. By early fall CDC will have lots of data to justify boosters. ACIP will be meeting to vote on boosters then. The CDC working group said it would consider boosters if there is evidence of vaccine protection waning or if variants occur which escape vaccine protection. Sara’s voice gets a little sad here. How can it be that the working group wants evidence that boosters are needed before recommending them? Can’t ACIP recommend boosters already, based on the risk of disease? (I.e., based on the supposition they might be needed?). Then Amanda Cohn, another CDC staffer with a little more experience, piped up.

“The more data we wait for, the more preventable cases may occur,” she asserted solemnly.  In other words, ACIP members, give us at CDC the wink to let us know we can convene you again soon to approve the boosters.  In other words, can’t we just fuggedabout the data? Various members made fatuous comments, and then Amanda returned. She is SO relieved. Her ACIP members are even more supine than she expected. Now she is asking them to commit to when she can start the boosters!

merylnass:Jose Romero, the chair, says they have given CDC “the information they were looking for.” Yup. ACIP kissed the ring again.  This is truly a travesty.
merylnass:I’ve got a new name for ACIP: Boosters ‘R Us
——————-
Now, below, you can read about the charade being orchestrated now, so that you never realize that the plan to start boosters is already in place.  The ACIP approval meeting is coming up.  Booster shots will start in September or October. And everyone can claim the goverment held fast against a precipitous push by Pfizer for early boosters.
And everyone wins but the public, for whom boosters appear to be totally unnecessary.

...Hours after Pfizer issued its statement promoting boosters on July 8, the FDA and Centers for Disease and Control issued a joint statement saying Americans do not need booster shots yet.

“Americans who have been fully vaccinated do not need a booster shot at this time,” they said. 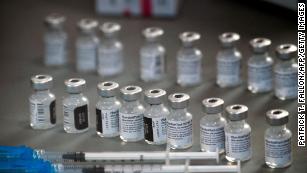 Pfizer/BioNTech seek full FDA approval for their Covid-19 vaccine
In a statement to CNN on Friday, the World Health Organization said, “We don’t know whether booster vaccines will be needed to maintain protection against COVID-19 until additional data is collected,” adding, “limited data available on how long the protection from current doses lasts and whether an additional booster dose would be beneficial and for whom.”
Pfizer and its partner BioNTech said evidence was building that people’s immunity starts to wane after they have been vaccinated. The Pfizer vaccine requires two doses to provide full immunity.
“As seen in real world data released from the Israel Ministry of Health, vaccine efficacy in preventing both infection and symptomatic disease has declined six months post-vaccination, although efficacy in preventing serious illnesses remains high,” Pfizer said in a statement emailed to CNN.
“Additionally, during this period the Delta variant is becoming the dominant variant in Israel as well as many other countries. These findings are consistent with an ongoing analysis from the Companies’ Phase 3 study,” it added.
“While protection against severe disease remained high across the full six months, a decline in efficacy against symptomatic disease over time and the continued emergence of variants are expected. Based on the totality of the data they have to date, Pfizer and BioNTech believe that a third dose may be beneficial within 6 to 12 months following the second dose to maintain highest levels of protection.” It gave no further details.
The announcement could have implications across the world. The Pfizer shot is the cornerstone of vaccination programs in many countries. Two-thirds of doses delivered across the European Union were made by Pfizer, according to the European Center. In Israel, Pfizer is the only vaccine used.
Of the 158 million fully vaccinated people in the US, more than half received the Pfizer shot. 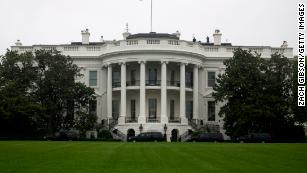 White House doubles down on Covid-19 strategy as pressure from Delta variant rises
US government officials have stressed that fully vaccinated people have a low risk of infection, even from the Delta or B.1.617.2 variant, which is more transmissible than earlier lineages of the virus.
Plus, several studies have indicated the mRNA vaccines made by Pfizer and Moderna confer longterm protection.
“FDA, CDC, and NIH (the National Institutes of Health) are engaged in a science-based, rigorous process to consider whether or when a booster might be necessary. This process takes into account laboratory data, clinical trial data, and cohort data — which can include data from specific pharmaceutical companies, but does not rely on those data exclusively,” they added.
It was a clear message to Pfizer, which has been hinting at the need for a booster shot for months. 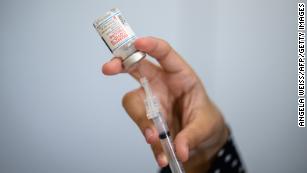 Covid vaccines can take on new coronavirus variants, studies show
“We continue to review any new data as it becomes available and will keep the public informed. We are prepared for booster doses if and when the science demonstrates that they are needed,” the CDC and FDA said in the statement…
Subscribe
Login
0 Comments
Inline Feedbacks
View all comments
wpDiscuz
Scroll to Top