Great detailed pieces from Newsweek, which has been delving into the US government’s financial support for “gain of function” (which means increasing the virulence of a pathogen) research in Wuhan, China, which might have contributed to the formation of SARS-CoV-2. They were posted April 27, and 29.  From the latest story:

The NIH research consisted of two parts. The first part began in 2014 and involved surveillance of bat coronaviruses, and had a budget of $3.7 million. The program funded Shi Zheng-Li, a virologist at the Wuhan lab, and other researchers to investigate and catalogue bat coronaviruses in the wild. This part of the project was completed in 2019.

A second phase of the project, beginning that year, included additional surveillance work but also gain-of-function research for the purpose of understanding how bat coronaviruses could mutate to attack humans. The project was run by EcoHealth Alliance, a non-profit research group, under the direction of President Peter Daszak, an expert on disease ecology. NIH canceled the project just this past Friday, April 24th, Politico reported. Daszak did not immediately respond to Newsweek requests for comment.

The project proposal states: “We will use S protein sequence data, infectious clone technology, in vitro and in vivo infection experiments and analysis of receptor binding to test the hypothesis that % divergence thresholds in S protein sequences predict spillover potential.”

In layman’s terms, “spillover potential” refers to the ability of a virus to jump from animals to humans, which requires that the virus be able to receptors in the cells of humans. SARS-CoV-2, for instance, is adept at binding to the ACE2 receptor in human lungs and other organs…

In 2019, with the backing of NIAID, the National Institutes of Health committed $3.7 million over six years for research that included some gain-of-function work. The program followed another $3.7 million, 5-year project for collecting and studying bat coronaviruses, which ended in 2019, bringing the total to $7.4 million. 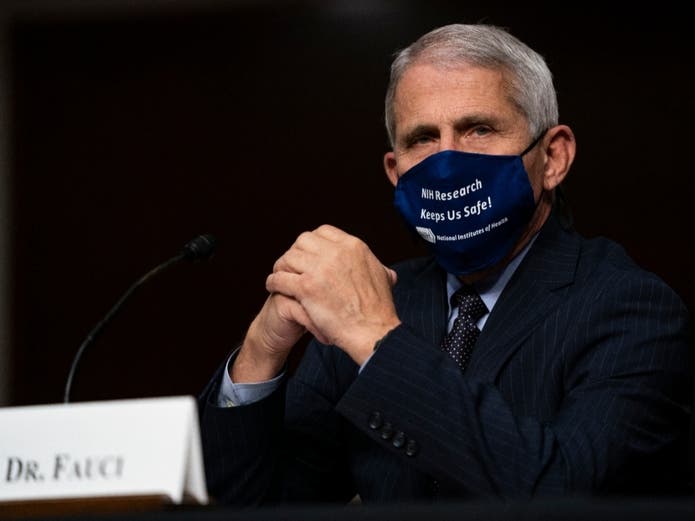 Many scientists have criticized gain of function research, which involves manipulating viruses in the lab to explore their potential for infecting humans, because it creates a risk of starting a pandemic from accidental release.

SARS-CoV-2 , the virus now causing a global pandemic, is believed to have originated in bats. U.S. intelligence, after originally asserting that the coronavirus had occurred naturally, conceded last month that the pandemic may have originated in a leak from the Wuhan lab. (At this point most scientists say it’s possible—but not likely—that the pandemic virus was engineered or manipulated.)

Dr. Fauci did not respond to Newsweek’s requests for comment. NIH responded with a statement that said in part: “Most emerging human viruses come from wildlife, and these represent a significant threat to public health and biosecurity in the US and globally, as demonstrated by the SARS epidemic of 2002-03, and the current COVID-19 pandemic…. scientific research indicates that there is no evidence that suggests the virus was created in a laboratory…”

In other words, until you can find the evidence proving we funded this virus, NIH (and Fauci in particular) is admitting nothing.  How likely do you think it is that the evidence still exists?
Subscribe
Login
0 Comments
Inline Feedbacks
View all comments
wpDiscuz
Scroll to Top