So, a mild variant that was discovered in 4 vaccinated diplomats is being repurposed to slam old style mRNA vaccines, that didn’t work the first time, into everyone down to teens in a 3 monthly schedule.  That makes good sense.  Bur only for the vaccine companies.

Has anyone to checked to see whether the manufacturers have subbed out the creation of variants?

The UK will roll out boosters to millions of people early as it shortens the window to three months after the second dose.

The move comes as countries scramble to contain the mild Omicron strain of the coronavirus, which has been designated a “variant of concern” by the World Health Organisation.

In an effort to keep ahead of the variant, the UK’s Joint Committee on Vaccination and Immunisation has given the green light to offering boosters to everyone over 18, shortening the window, and offering a second dose to children aged 12 to 15.

Previously boosters were only offered to people aged over 40 not in priority groups. Teens were only receiving one dose of the vaccine, due to concerns over heart inflammation.

The change in advice means an extra 13 million over-18s in the UK will become eligible for a booster before the end of the year.

“It’s always been the case that, at some point, we have always said it – we are going to get a variant that gives us heightened concern,” he told a Downing Street briefing.

“We are at that moment with Omicron, it is the new kid on the block for now and I think it’s true to say that scientists around the world, not just in the UK, agree that this one is of increased concern.”

He conceded that in South Africa, where the new variant was first identified, there was “definitely an elevated growth rate associated with the Omicron variant, (but) that is not the same as saying there is definitely an increase in transmissibility compared to the previous Delta variant”.

Prof Van-Tam said the current uncertainties around Omicron were transmissibility, severity of disease and vaccine effectiveness.

But he stressed he did “not want people to panic at this stage” and that the current picture was “not all doom and gloom”.

“If vaccine effectiveness is reduced – as seems pretty likely, to some extent – the biggest effects are likely to be in preventing infections and, hopefully, there will be smaller effects in preventing severe disease. There are far more things we don’t know yet than things we do know.” JCVI chairman Professor Wi Shen Lim said a booster dose “will help to increase our level of protection against the Omicron variant”.

“This is an important way for us to reduce the impact of this variant on our lives, especially in the coming months,” he said. “If you are eligible for a booster, please take up the offer and keep yourself protected as we head into winter.”

Prime Minister Boris Johnson had earlier flagged that a booster dose would be required for the UK’s vaccine pass, as more countries change the definition of “fully vaccinated” to include third doses.

Dr June Raine, the chief executive of the Medicines and Healthcare Regulatory products Agency, assured the public that “your safety is always our highest priority”.

She said the regulator had “continued to proactively monitor the safety” of the vaccines and that the regulator’s position remained that they “have an overwhelmingly positive benefit-risk balance”.

“We confirmed in September that available vaccines can be used as safe and effective booster doses,” she said.

“Since the access to boosters was extended to people aged 40 and over, we have identified no new safety concerns. Our careful review of the data found that the majority of adverse events were mild or moderate. So when you’re called for your booster dose, you can come forward confident that the benefits of the vaccine by preventing serious Covid-19 outweigh any risks.”

Dr Raine added that a “robust regulatory review” of the safety of the vaccine for people aged 12 to 15 similarly “raised no new safety issues”.

“So our message for people aged 12 to 15 is that it‘s safe to have a second dose of the Pfizer vaccine,” she said. “It will ensure you’re further protected from Covid-19.” 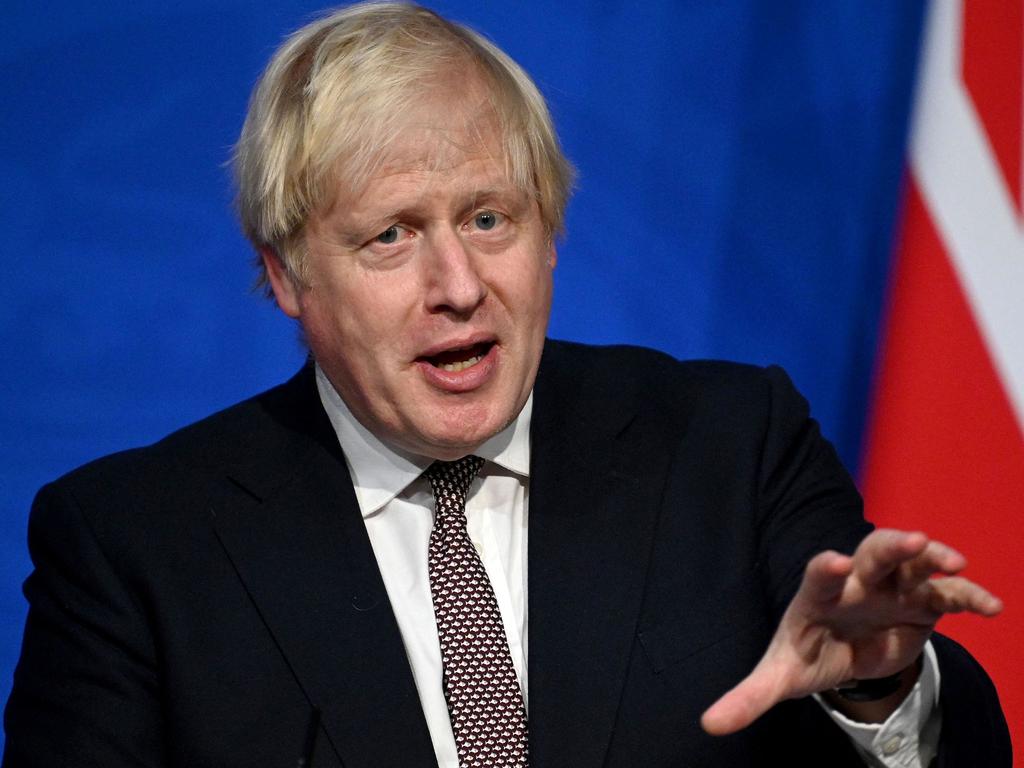 Dr Raine said that at this point, “we do not have evidence at the moment that the vaccines being used do not work against the Omicron strain, but we’re making this issue a priority”.

“We’re in discussion with vaccine manufacturers and the World Health Organisation on potential modifications that may be needed for the current vaccines to be maximally effective against the new variant if required,” she said.

Pfizer has said that if it is discovered the new variant is resistant to its current vaccine, it can have an updated version manufactured and distributed within 100 days.

In total, 43 million people in the UK will now be eligible for boosters. So far 17.5 million Britons have received them.

Health Secretary Sajid Javid said the National Health Service “will be calling people forward at most appropriate time” for their booster, with priority still to be given to the older age groups and the most vulnerable.

The UK currently has 11 confirmed cases of the Omicron variant – six in Scotland and five in England – but more than 75 “probable” cases have been flagged along with more than 150 possible others, The Sun reports.

It comes after Mr Johnson announced new restrictions over the weekend, including face masks in shops and on public transport, and tightened border controls.

In the US, the Centers for Disease Control and Prevention on Monday updated its booster guidance, saying every US adult now “should” get an extra shot due to the Omicron variant.

The CDC had previously said while all adults were eligible, only those aged 50 and older, and those aged 18 and over in long-term care, should make it a priority.

“Today, CDC is strengthening its recommendation on booster doses for individuals who are 18 years and older,” CDC director Rochelle Walensky said in a statement.

“The recent emergence of the Omicron variant further emphasizes the importance of vaccination, boosters, and prevention efforts needed to protect against Covid-19,” she said.

In Australia, Health Minister Greg Hunt has asked the government’s vaccine advisory body ATAGI for updated guidance around boosters in the face of the new variant.

“If they recommend a change to bring it forward, then we’ll do that,” Mr Hunt said on Monday.

Every time I see a photo of a needle going into an arm, it makes me cringe and shudder. It's an involuntary reflex, one that I've had for years, way before the condemic started. I don't know why. I suspect it has to do with certain detective novels and maybe spy movies. The hero gets a shot in the arm and is sent helplessly into a spiraling suffering nightmare. It is invariably evil vs good. The evil being the one pushing the plunger into a resistant victim. So when the media runs these constant streams of images, of needles and arms and plunger pushers, it doesn't do any good for me. Except to strengthen my resolve to avoid at all costs. Does anyone else feel the same way?

I feel sick, especially when it's the arm of a child…

From the Star Tribune in Minneapolis Minnesota.

"the current uncertainties around Omicron were transmissibility, severity of disease and vaccine effectiveness."

But aren't those things the whole crux of the matter? What on earth are we getting all het up about when we don't yet know anything about omicron's transmissibility, pathogenicity, or susceptibility to vaccinal immunity?

This is patently absurd!

'KEEP UP THE GREAT WORK, WE ALL APPRECIATE WHAT YOU DO'!

In a letter to the Maine Board of Licensure in Medicine, Dr. Meryl Nass, a practicing physician in Maine and member of Children’s Health Defense scientific advisory board, asked the board to define what it means by “misinformation” and “disinformation,” and to clarify what statutory authority the board has to discipline physicians.