While we cannot rely on the Covid statistics that are being provided, still, new numbers for cases and deaths in military servicemembers were released yesterday that are worth a mention.

Total cumulative diagnosed cases in active and reserve servicemembers “nears 59,000.”  Yet only nine servicemembers have died:  3 National Guard, 5 Reservists and 1 on active duty.  Is the military using effective treatments?  I couldn’t find out online; does anyone know?

The “mortality rate among military personnel is currently 0.017%” or less than one death per 6000 diagnosed cases.

From the Daily Mail, verbatim: 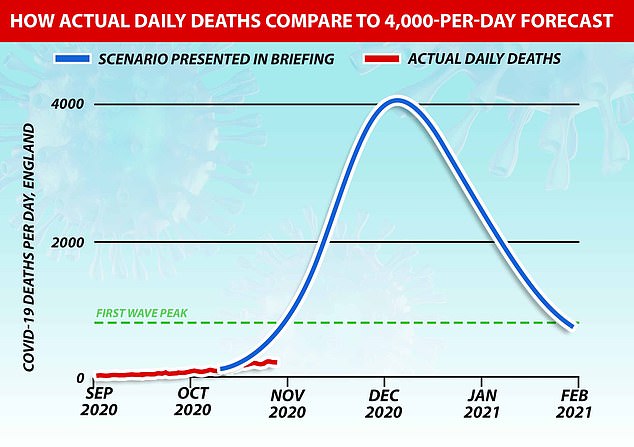 Sir Patrick Vallance, No10’s Chief Scientific Adviser, suggested there could be a shocking 4,000 deaths per day by December 20 if nothing was done using a now-infamous graph. The scenario was based on the assumption that there would be 1,000 per day by the start of November. Real numbers of people dying are significantly lower