It is pretty exciting for me that Florida’s governor says Florida won’t require vaccine passports.  Might this be the start of a trend?  Can legislatures enshrine this in law?  How long does de Santis have in office?

We can only hope that vacation spots and airlines compete with each other on the vaccine passport–which to me seems to be the first step to full digital tracking.

Then those who feel the need to segregate with others similarly inclined can do so, leaving the rest of us to handle our dollar bills, choose our own medical treatments, and decide when/whether we want to use masks, or not.

The European Parliament had a vaccine passport bill introduced on Wednesday under fast-track rules.  Even though I’ve been told it goes against existing EU laws, European citizens could be living under passport rules as early as April.

The situation is serious.

The thing is, the early passports won’t be interoperable between different countries, airlines, etc.  They are not yet secure wrt privacy.  They can be counterfeited (at least at this point in time). So they don’t actually do the job.  But that is not the idea.  The idea is to impose them while our masters think they can get away with it.  Just like in Israel–before mafia don Netanyahu leaves office (there is an election this week) he is selling his people for all he can get.

The other thing about these passports is that they do not reflect immunity.  We don’t know to what extent (if at all) the vaccines prevent an infection or transmission.  It certainly looks like the infection rate goes up immediately following vaccinations, based on media reports, then comes down after a couple of weeks. The post-vaccination infection rates remain hidden. We have no reliable commercial lab test to measure immunity (which to me is a crime).

So why use the passports, when they don’t provide the immunity guarantee gullible citizens are seeking?  They are not about immunity.  They are not about keeping you safe. They are more fakery. They are simply taking us to the next level of control. Hopefully enough will see where this is going.

UPDATE March 21: The UK asked for advice about vaccine passports on March 15, and today, 6 days later, announced they will be rolled out. This is after Boris Johnson said there woud be no vaccine passports. Then on Feb. 23 he said there would be a lot to thrash out, and it couldn’t be discriminatory. Well, now it is.

From CNBC:  “President Joe Biden, on his first full day in office, outlined a 200-page national coronavirus pandemic strategy. The plan included a directive for multiple government agencies to “assess the feasibility” of linking Covid shots to international vaccination certificates and producing digital versions of them.“

NYC started using a vaccine passport recently, beginning with Madison Square Garden.  In order to attend an event, the fan needs to have a negative PCR or antigen test within 72 hours of the game, or a digital vaccine passport, and answer a health survey.

The Los Angeles school district told its employees on March 4 they would not only need to be vaccinated with an experimental vaccine, but would need a (Microsoft-developed) digital passport (the Daily Pass) to prove it. No student is to be left behind:  they too would be rquired to show their Daily Pass to enter school each day.

When employees threatened legal action last week, the school district backed off.  It is illegal to mandate an experimental vaccine or drug, which must be given with informed consent.  So far, whenever a mandate for Covid vaccines has been threatened by an employer, the employer has backed down when faced with a legal challenge.

Some airlines are already trialing vaccine passports. IATA has designed one and the following airlines have agreed to trial it. 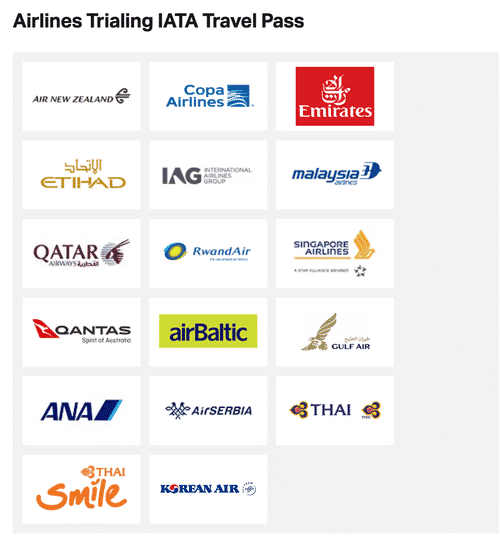 Once the vaccines are fully licensed, anything goes in the US.

I have a friend who is travelling from the USA to Mexico soon. She received her two mRNA vaccines over a month ago, but she will still have to have a negative Covid test before re-entering the US. Why is that? I thought the vaccines worked to prevent Covid? If the vaccines do not work, why are we bothering getting vaccinated? (sarc)